Just talk about it

While watching the news yesterday, a pundit that I respect was discussing the disinformation and division present in our country. He stated that we need to not let the people that we love off the hook simply because we love them, essentially that we need to be willing to rock the boat. We know what they believe, and we remain silent because we love them. I think this is true in relation to the climate crisis as well.

So, let’s talk about it.

I know it may sound daunting. In fact, I know it does. It takes courage and even some faith in the people that love you. But if they can’t hear it from you, who can they hear it from? Believe me,. I have only just begun dipping my toe into these waters with the people in my life who are on the complete opposite end of the political and social spectrum from me. The experiences have sometimes been frustrating but many times rewarding and fruitful.

In the case between me and my father, I have to be content with starting small. Let me paint a little picture. During a recent visit to Pennsylvania, he and I made a trip to the farmers market together, at which time, he proudly wore  his, “Don’t Blame Me, I Voted for Trump” hat. Admittedly, I have given up sparring with him about this, but I am finding small openings to discuss other matters. If you pay close attention, these small cracks avail themselves all the time. Take for instance the bizarre cold weather that prevented so many, including my adult son, from being with their families over the holidays. This was an opening to discuss the changing climate crisis we find ourselves in to which my father did not disagree. The next step will be discussing how we, as humans, are the ones primarily responsible for this situation, but I recognize the necessity for baby steps. When driving home from the airport in his Cadillac, we discussed that electric cars really are the way of the future, and he did not argue. It was not only big consumer purchases that I was able to bring up but the small ones as well. He mentioned that he missed his bar soap and when did we all switch to liquid soap anyway. We discussed how in our home we use some bar soap and soap that we make ourselves in order to reduce plastic use, which he actually thought was a wonderful idea. 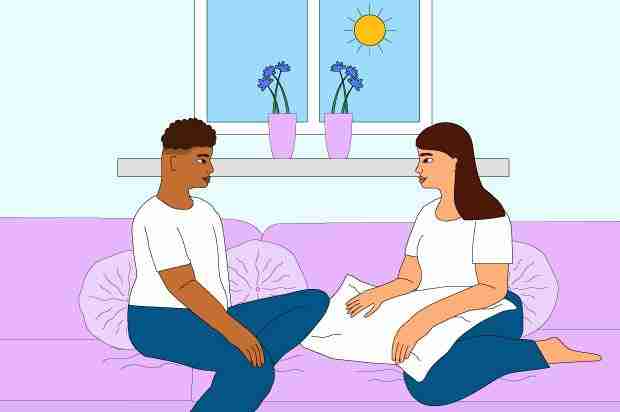 You never know when the openings will occur, but they truly present themselves all of the time. We were only together for a week, but we had several productive conversations. Yes, I know that we did not get down to the total nitty gritty, but you do need to know and respect your audience and proceed at the rate that won’t have the other person tune you out or fight with you. We opened the door, and my hope is that we can continue our discourse and start taking deeper dives.

On a recent visit with my uncle (my dad’s brother and not very much different ideologically) and aunt, we had an opportunity to talk about reducing meat consumption. I explained that my goal is to inflict as little harm as possible on the earth and on the animals that inhabit it. My uncle was able to hear me because I was able to meet him where he is as a hunter. I do respect that if he is eating meat that he considers that life, respects it, and does not waste it. In turn, he happily joined us at a vegan restaurant which he thoroughly enjoyed. In order for him to listen, he also needed to be listened to, a skill I need my inner coach to remind me of.

Over recent years, the deniers and the haters have had the loudest voices. Just because they are the loudest does not mean that they are the majority. This is especially true regarding the climate crisis. The great majority of people do believe that we are facing a crisis but do not discuss it for fear of being mocked or shunned, although this will rarely be the case. When faced with an opening to discuss the situation we face, consider that they may want an opportunity to talk about it, too.

Lastly, we don’t need to know it all. I have fallen victim to the fear of not knowing enough or having all the answers. No one has all the answers. No one knows everything. The deniers certainly don’t let not knowing the whole story stop them from talking about it. We know enough, certainly enough to open the conversation. We do not have to be perfect.

So, the next time you see the opening, however small it might be, step on in. Be willing to listen. Be brave and speak your truth. You may be pleasantly surprised at the results.

JOIN US: The Climate Action Team extends a radical welcome to activists, contemplatives, readers, meditators, questioners, tree hugging hippies, scientists, policy wonks, radicals, pacifists, nature enthusiasts, and all who seek community as we navigate our changing times together. Contact Jon Reese to connect to the CAT. Join us in person on Saturday, Jan. 21, at 1 PM at the church. Learn more about the CAT here.

READ UP: Our peer-to-peer lending library boasts over 75 titles that cover a broad spectrum of environmental, climate, and ecospirituality topics. Review the list, schedule an exchange with the book owner, and cozy up with a book worth reading!

FUNDS AVAILABLE: The Carbon Offset Fund is now ready to offer grants. Read more here and consider working with another member or church group to prepare a grant request. The process is simple!