The Okefenokee needs protecting, not mining

The Okefenokee National Wildlife Refuge, located in Southern Georgia, is the largest blackwater swamp in North America and one of the last unspoiled wildlife refuges remaining in the U.S. and the world. The Okefenokee is considered one of the seven natural wonders of Georgia, and it is home to rare plant and animal species. The name “Okefenokee” comes from the Native American language meaning “Trembling Earth.” It was designated a wetland of international importance by the United Nations in 1971 and is one of the largest freshwater swamps in the world.

Wetlands are critical in many ways: for maintaining clean water supplies, protecting against flooding and droughts, and providing protection against climate change. They act as dense carbon sinks, and along with rain forests and coral reefs, wetlands are among the most productive ecosystems in the world. They support a very large amount of biodiversity, including microorganisms, fish, birds, reptiles, amphibians, plants, and mammals, all of which play a crucial role in maintaining the global cycles of water, sulfur, and nitrogen on the planet.

Today, the future of the Okefenokee swamp is threatened. The Alabama-based Twin Pines Minerals Company has this swamp in its sights. Its proposed titanium and other heavy minerals mining project near the swamp in the critical Trail Ridge area is dangerous for the health of this fragile ecosystem and is expected to negatively impact tourism and tourism-associated jobs in this area. Trail Ridge is an ancient sand dune, and the swamp itself used to form the ocean floor, which is now covered with thick peat.

Why does Twin Pines Minerals Company feel entitled to mine in this area? While the Okefenokee Wildlife Refuge itself is protected under federal law, hundreds of thousands of acres of wetlands surrounding the swamp that play a critical role in sustaining the swamp are not. Moreover, under the Trump-era Navigable Waters Protection Rule (NWPR), the Clean Water Act protections were withdrawn in 2020 from a significant portion of the wetlands around the Okefenokee and millions of acres of pristine wetlands in the nation. Interestingly, provisions of the Clean Water Act of 1972 have historically always been subject to interpretation. Its original mandate to protect the “waters of the United States” was codified without specifying which waters should be protected. Therefore, every administration views the role and importance of the wetlands differently. Most previous U.S. 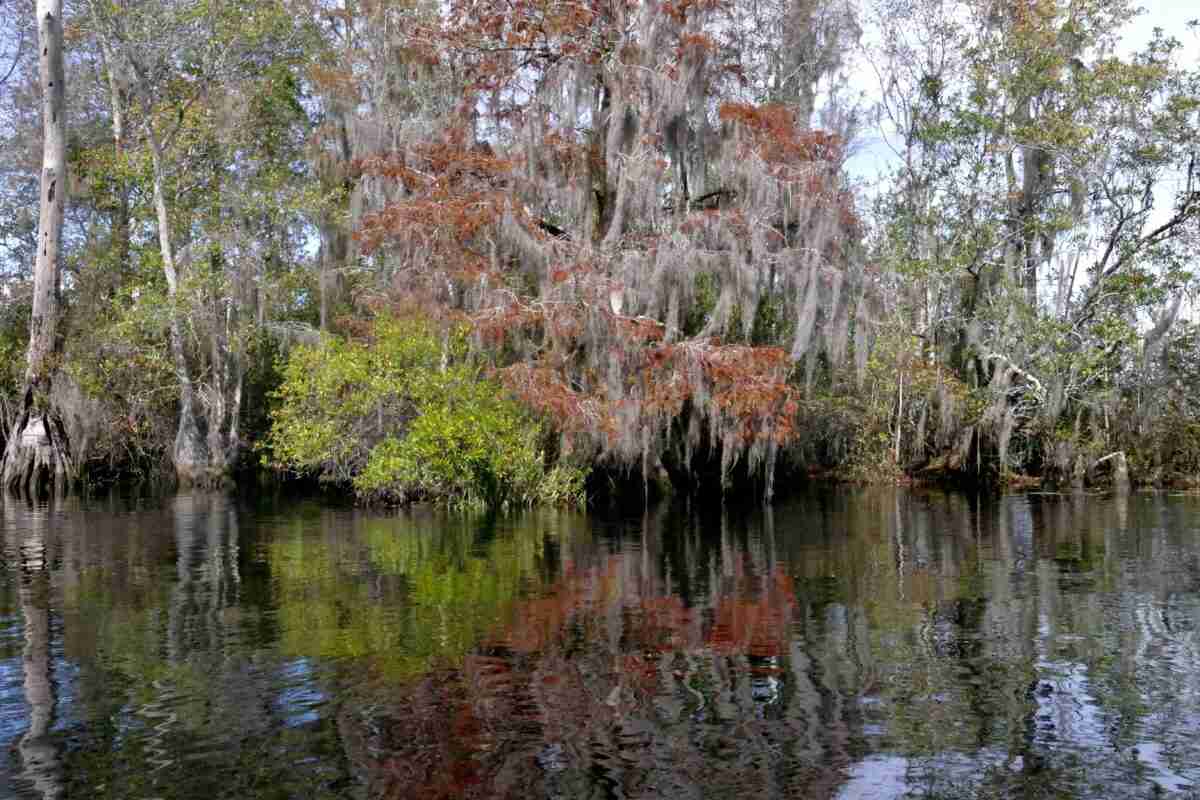 administrations, especially Barack Obama’s Clean Water Rule (CWR), have looked at all wetlands and streams as being critical for climate resilience and the health of the nation’s water supply. NWPR, however, watered down the protection provided by CWR.

With the change in administration in 2021, large areas of the wetlands around Okefenokee were once again added back to the jurisdiction of the Army Corps of Engineers; however, following litigation by Twin Pines, the Army Corps renounced control in August 2022 and let the decision-making process fall to the State of Georgia. Amidst this murkiness regarding who has what authority, and in the absence of federal oversight, Twin Pines is applying for mining permits directly from the Georgia Environmental Protection Division (EPD) this Fall.

Now it’s up to the state of Georgia to regulate its wetland resources. Although there’s bipartisan support for protecting Okefenokee, Georgia is not well equipped for such a task and currently there is no permanent protection for the wetlands surrounding this swamp. The bipartisan House Bill 1289 filed in February 2022 aims to provide these permanent protections – if it is adopted by the Georgia legislature in a timely manner.

The mining proposal by Twin Pines is not the first of its kind. Decades ago, Dupont proposed a much larger titanium mining project in these wetlands, which was scrapped due to strong public opposition. House Bill 1289 would not only prevent Georgia EPD from issuing any mining permits near the Okefenokee, but it will also prohibit companies from floating bonds to cover costs of damage associated with mining. That would amount to déjà vu all over again and reminiscent of what was allowed to happen to the Everglades in Florida followed by the most expensive repair efforts in history!

Twin Pine’s original mining proposal in 2019 included digging in the 8000-acre area in these wetlands; however, possibly due to significant public opposition, they are downsizing their permit to the 582-acre Trail Ridge area. This will act like a “demonstration” mining project, but the major concern of the environmentalists is that the company, in future phases, will eventually seek permits for mining in larger and larger areas in these wetlands.

The proposed mining activities will be carried out 50 feet below ground, which is below the level of the swamp. These activities are likely to lower water levels in the swamp and make this natural resource vulnerable to droughts in the future, according to Dr. Rhett Jackson of the University of Georgia. This can have far-reaching effects on the wildlife and on the Suwannee and St. Mary’s rivers, whose headwaters originate in this swamp. These rivers are also likely to be impacted by toxic discharge from mining.

At a different level, the noise and light pollution resulting from 24-hour mining activities will have immeasurable impact on the natural wildlife habitat. Consequently, it will also destroy the quality of the visitor experience for those seeking solace, tranquility, birding, and other activities only possible in a place of unspoiled pristine nature. It is estimated that more than 600,000 domestic and international visitors enjoy the quiet beauty and wildlife of the Okefenokee swamp annually. 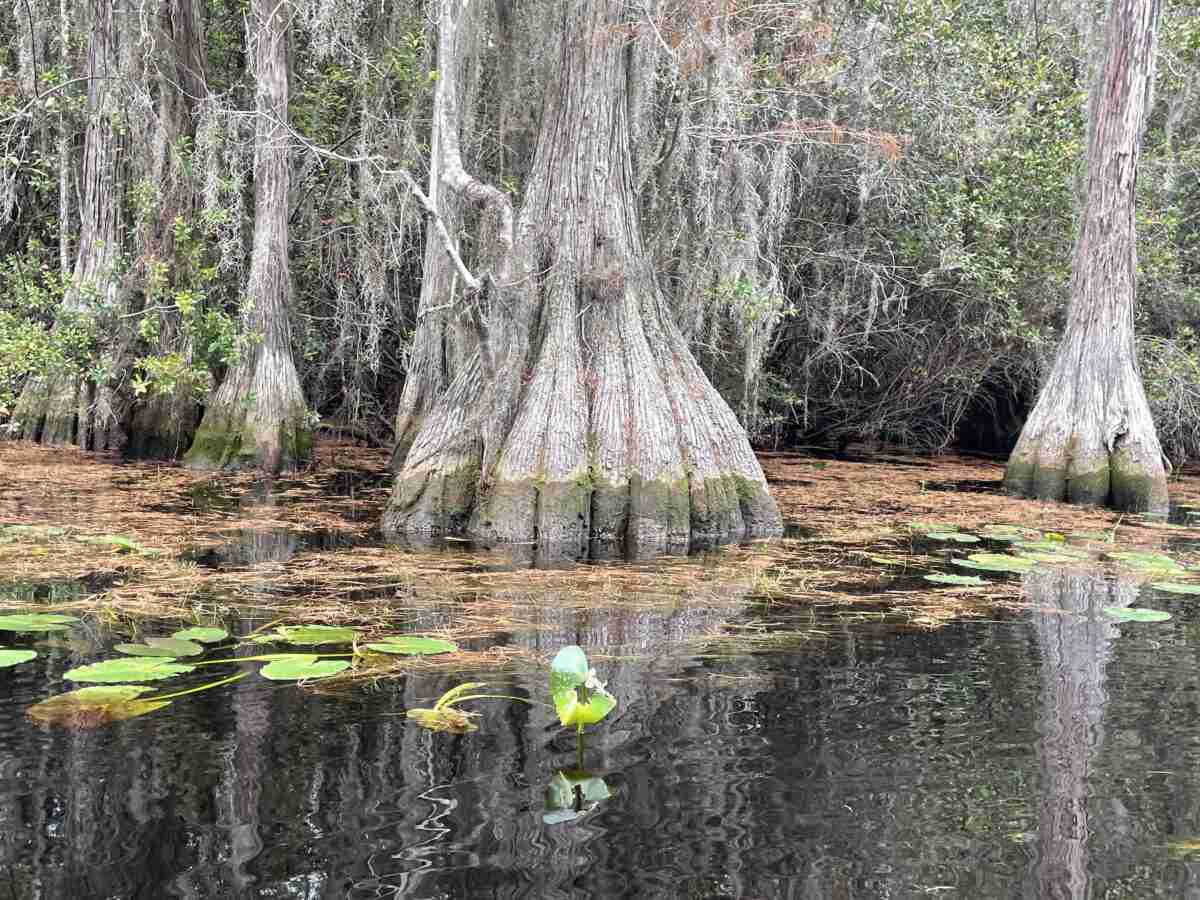 Why mine for titanium? Titanium dioxide is used as pigment in white paints, plastics, and jewelry as well as in sophisticated equipment and aircrafts. No doubt, mining titanium is needed in some capacity for further economic development, but at what cost to our natural environment? Georgia Republican Representative Darlene Taylor has sagely stated that although titanium and economic development are important, “there’s only one Okefenokee.” She also recommends that people who are concerned about the Okefenokee should submit comments to the Georgia EPD. According to her, “When they hear from the public, it does make a difference to them. They need to know and recognize this is an important place.”

We as citizens need to consider this trade-off seriously. How much more and where should we keep producing these minerals? What is the long-term calculus of the impact of such activities on us and future generations? Can we, and will we, ever stop long enough to consider the damaging impact of our activities on our own rivers, our water supply systems, and our health? How long will we continue to poison the water and air we depend on for our very lives?

“Risking one of Georgia’s natural wonders for minerals that can be obtained elsewhere simply isn’t worth it,” according to former Georgia Representative Bill Stuckey.

Members of the Okefenokee Protection Alliance, a coalition of 40 environmental groups, are urging Georgians and other concerned citizens to tell Georgia EPD officials to reject the mining project that threatens this precious wildlife habitat.

Georgia EPD will open a 60-day public comment period before making its decision this fall. If you are concerned about the future of “One Okefenokee,” now is the time to send comments to Georgia EPD and to your state representatives. Send comments to TwinPines.Comment@dnr.ga.gov. Text SWAMP to 52886 to send a letter to state legislators.

To learn more about the Okefenokee Swamp and the proposed titanium mining project, click on these links: Okefenokee fans rally support • Okefenokee Protection Alliance • Why Okefenokee is worth saving • Trump waters down Wetlands protections

JOIN US! The Climate Action Team meets next THIS MONDAY. Nov. 21, at 7:30 PM, and we invite you to join us on Zoom. Contact Jon Reese at reeseindecatur@gmail.com for the link. View our agenda and previous meeting minutes here.

FUNDS AVAILABLE: The Carbon Offset Fund is now ready to offer grants. Read more here and consider working with another member or church group to prepare a grant request. The process is easy!