The Inflation Reduction Act that President Biden signed on Tuesday “invests $370 billion in spending and tax credits in low-emission forms of energy to fight climate change,” according to the New York Times. “It extends federal health-insurance subsidies, allows the government to negotiate prescription drug prices for seniors on Medicare, and is expected to reduce the federal budget deficit by about $300 billion over 10 years.”

The political theater was as dramatic as ever, especially with the secret negotiations that resulted in Senator Joe Manchin’s affirmative vote. Reaction to the bill’s passage has been – unsurprisingly – polarized, with special interests highlighting their views of the bill’s epic successes or disastrous faults. In case you missed some of the coverage, here is a sampling of the commentary.

Former Vice President Al Gore called the legislation a “game changer” that will aid the economy and address the climate crisis. “We have crossed a major threshold, and it’s going to have significant impacts on international climate action,” he told the Washington Post. “The compromises in this legislation are actually pretty minor. If you look at the legislation through the lens of carbon reductions, the few provisions that I would have certainly opposed are extremely minor in terms of carbon compared to the massive advances in the bulk of the legislation. This was a tremendous accomplishment.”

“It’s a good thing for U.S. Climate policy,” said Professor David Victor of UC San Diego School of Global Policy and Strategy. “It doesn’t completely transform the economy, but it’s a helpful step in the right direction. …I think one of the things that’s very interesting about the bill is it also has money for rural communities and low-income communities that have historically often been hurt or neglected by energy projects.”

Victor acknowledges the bill’s flaws. “My big concern here is that we’re not sending a stronger signal to industry about reducing emissions over time,” he told KPBS. “We’re not investing enough in innovation and fundamental new ideas. We’re mostly focusing all this money on deploying things that we already know how to deploy. And if we’re going to make big reductions in emissions, we’re going to have to also come up with a lot of new ideas and new technologies.”

The National Resources Defense Council weighed in that the “bill is not perfect, but from a climate pollution perspective, the positives heavily outweigh the negatives – by a factor of 10.” 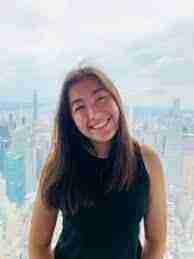 Youth activists seem guardedly optimistic. “First of all, the IRA is a massive step forward,” said 16-year-old Keala Minna-Choe, board member at San Diego 350 and the Youth v. Oil campaign lead for Youth for Climate. “It’s a real testament to the decades of organizing throughout the movement. However, it’s also really important for me to recognize, and something that I’ve been feeling, is there’s a lot of deficits that this bill has. This is hundreds of billions of dollars less than the initial ask in what we were initially promised, along with having a lot of handouts to the fossil fuel industry.”

“And while this may be a great step forward in helping the climate crisis,” she told KPBS, “I really fear for the future of my generation. And personally, I don’t want to grow up in a world where climate action is too little and too late.”

Some critics couldn’t swallow the compromises that ended up in the final package. “This bill reflects an unjust process, where the voices of communities at the frontlines of fossil fuel production and harm were largely ignored,” said Jean Su, Energy Justice program director at the Center for Biological Diversity, to CNBC. “While it contains important renewable-energy funding, the bill’s commitment to massive federal oil and gas expansion is dangerously at odds with scientific reality.”

“As with most legislation, the devil is in the details,” explains The Wilson Center’s Lauren Herzer Risi, Director of the Environmental Change and Security Program. “The IRA allows for oil and gas drilling expansion, for example. But given the political and economic realities of the moment, the IRA shows that compromise is still possible, that progress can be made, and perhaps most importantly, it lays the groundwork for a clean energy transition in the world’s second largest carbon emitting country.”

What about a Unitarian Universalist perspective on the new law? “Although the Inflation Reduction Act is the result of years of organizing from environmental justice organizations, climate organizations, and frontline communities, it muffles the concerns of people fighting on the front lines,” writes Rachel Myslivy, Climate Organizer for UU’s Side with Love campaign. “Those in power continue to ignore, neglect, and actively harm those most impacted by climate change and the pollution that causes it. The IRA sacrifices frontline communities already bearing the brunt of the climate crisis. This is not climate justice.”

Myslivy encourages activists to find motivation in the conflicting reality. “No, the Inflation Reduction Act is not enough. Yes, we still need it. Hold this complexity, then let’s get to work,” she writes.