We saw where it all goes! 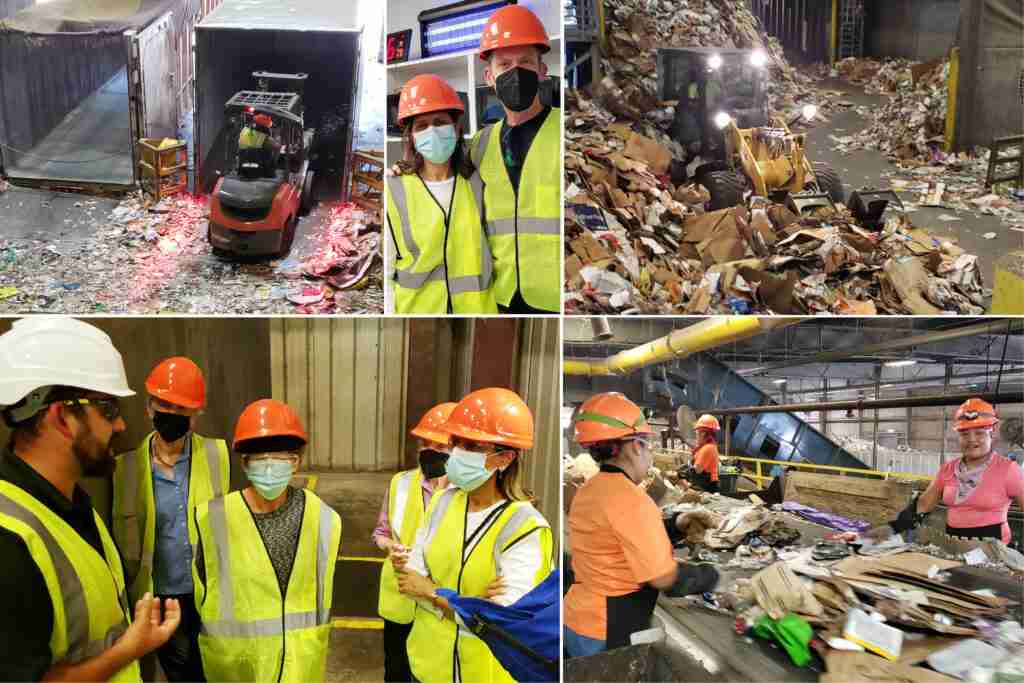 Almost two dozen members of congregational Green Teams from all over the metro area met on July 14 for a tour of the WestRock Recycling Facility in Marietta. The event was organized by Georgia Interfaith Power and Light and led by WestRock’s general manager, Will Howard, and business development manager, Hal Risher. Parjit Kaur, Julie Simon, and I represented UUCA’s Climate Action Team.

After fielding a barrage of questions from our eager group, Westrock’s staff toured us around the collection bins, sorting belts, optical scanners, and massive baling operation. This facility processes almost 12,000 tons of material each month, most of which comes from Cobb County and several municipalities within the city. Most of WestRock’s recycled material becomes consumer packaging and liner board (cardboard’s inner layer). Once baled material leaves Marietta, it becomes a new package within days at another WestRock facility.

Most of our group’s questions revolved around what household products are actually recyclable and what happens to non-recyclables in their sorting process. The facility employs workers who diligently pick out problematic material, like plastic grocery bags, batteries, and propane canisters. Optical scanners, air blowers, magnets, and sifting screens do the bulk of the sorting. General manager, Will Howard, said that their goal is to eliminate landfill waste because it saves WestRock money. They strive to process almost everything.

Here are some of the prime takeaways that one participant, Jim Rogers, shared after our tour:

The Climate Action Team is working with Project Phoenix to maximize our new facility’s recycling efforts. Your efforts will make a huge difference. Pay attention to the collection bins you see in the new social hall and elsewhere and become a smart sorter at both UUCA and at home. Learn more here from the EPA about doing recycling right.