What’s the story you’re living in?

One day, you’re on vacation, taking in breathtaking sights and enjoying a lively conversation with your traveling companions The next day, you’re following the unfolding of yet another mass shooting and despairing about America’s gun culture. One morning, a fragrant bloom in your yard brings a smile. That afternoon, a Supreme Court ruling brings tears.

We’re wise enough to recognize the false binary of good and bad. We know it’s always a both/and, but we can’t help but cling to the stories that reassure us when the ground feels shaky and the future unclear. Have the stories you grew up with begun to fail you? Are you susceptible to accepting how the mainstream media frames reality? Do you find yourself longing for a story that helps you both make sense of the changing times and maintain a semblance of optimism? You’re not alone.

We fall prey to the news stories, pundit commentary, and social media reactions that slide into our smartphone notifications and TV viewing. “The mistake we make is marinating in topics that are sure to make us gloomy and grumpy,” notes Axios. Avoiding these stories is like burying our heads in the sand though, right? “For every bad or sad story, there are lots of uplifting ones that get lots less attention,” the Axios team reminds us. Go ahead, do a web search for “good news.” My search just yielded over 12 billion hits in half a second. A healthier news diet, along with the occasional fast, can re-orient our perception of reality. What narratives are you paying attention to?

In his essay “The New Story,” Thomas Berry writes: “It’s all a question of story. We are in trouble just now because we do not have a good story. We’re in between stories. The old story, the account of how the world came to be and how we fit into it, is no longer effective, yet we have not learned the new story.” Berry published that essay 44 years ago.

“Every act that comes from the understanding of interconnection, of inter-being, is a spiritual act, and also a political act,” Eisenstein says. “By acting from a different story, we disrupt the psychic substructure of our mythology. And we offer an alternative. This is something that’s eminently practical. And any time that we give somebody an experience that doesn’t fit into the old story, it weakens that old story. It disrupts it. It could be an act of generosity. It could be an act of forgiveness. Anything that violates that understanding that we’re separate and everyone’s in it for themselves. Being in service to something larger than yourself.”

This resonates for me and implicates the “story of separation” that I perpetuate with my self-centered, security-craving, resource-exploiting lifestyle. It challenges a way of living that I’ve been conditioned to prefer and to preserve. I’m awakening to the harm of this lifestyle – harm to the planet, to those who operate with less privilege, and to the soul. It’s a reckoning that challenges the story of reality that I’ve relied on for five decades. 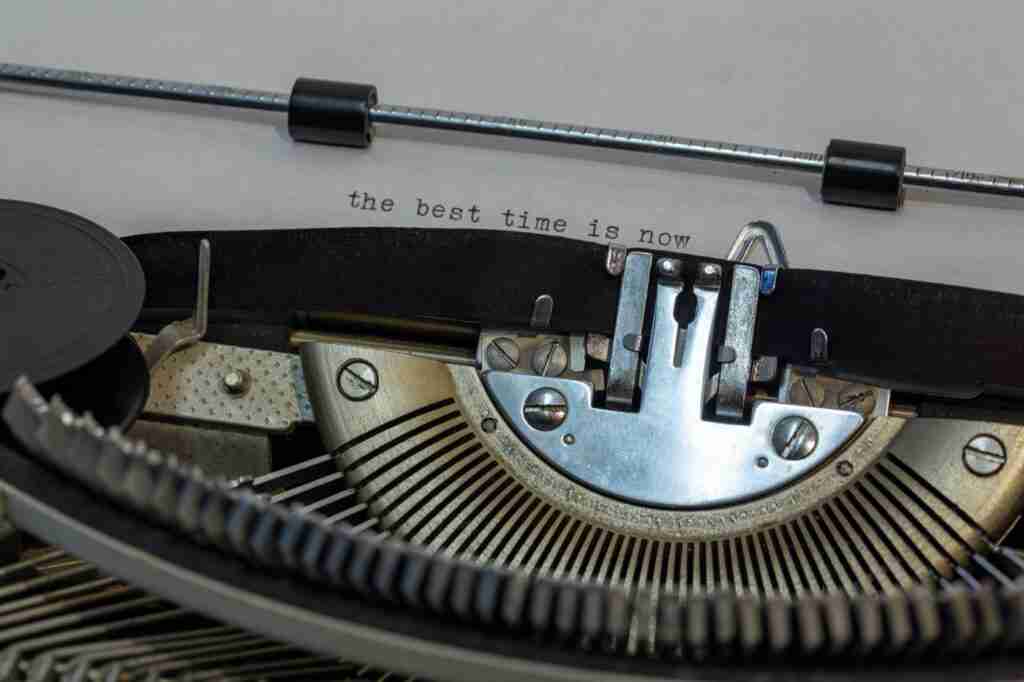 With so much violence, environmental destruction, and political animosity, is the world truly going to hell in a handbasket? Angus Hervey of Future Crunch says probably not. He sees the reality of collapse and renewal as happening in parallel, not in some linear sequence, and thinks we should “give up trying to figure out whether we’re in the upswing or the downswing of history and, instead, make peace with the idea that we’re in the middle of both – the long-awaited fall from grace and the journey to the promised land.”

“Ultimately,” Hervey writes, “there’s no way of judging whether we’re living through collapse or renewal. Future generations will decide that for us. The only thing that matters is the part we play. We can choose which strand of the rope we belong to. We can add to its grand weave, in the way we treat other people, in the daily work we do, in the decisions we make about where to put our energy, in the leaders we vote for, and in the words that come out of our mouths.”

Let’s accept his challenge and weave in the strands of our lives’ stories with even greater care and intention. Our varied perceptions of reality are unique, but they can align to usher in what Charles Eisenstein calls “the more beautiful world our hearts know is possible.”

If you have five more minutes, watch Reverend Deborah Johnson share insights on what may be needed to challenge the status quo and the stories that perpetuate it. “Pain pushes until vision pulls,” she says. “So the only question, really, is what’s going to motivate us to make the change? Are we going to do it because we feel like we have no other choices, or are we going to wait until it gets so bad that we’re desperate? Or can we, out of vision, set an intent?”

THANK YOU for engaging with the UUCA Climate Action team through this blog. We’ve been publishing weekly for six months now, and we’re happy to have shared the thoughts of a half-dozen of our committed members. Are you interested in joining the CAT’s next Zoom meeting on Monday, July 18? Would you like to become a contributor to this blog? Please contact Nicole Haines at hip2bveg@gmail.com.