“I was happy to see most participants were young,” CAT co-leader Lizanne Moore noted, “and it was racially diverse, including the speakers.”

“Children did cartwheels and blew bubbles,” Susan Perz said. “People listened with quiet intensity. I felt uplifted, which was nice.”

Several of us had hoped to see Liberty Plaza overflowing with concerned Georgians. “While the speakers were impressive with the breadth of their knowledge, and a few really inspiring, I was very disappointed in the turnout,” Lee Cook said. “I think the smallish crowd points to a continuing lack of urgency and depth of knowledge about the issues by the general population.”

The closing comments from Rev. Durley, a student leader of the 1960s Civil Rights movement and a national climate activist, stood out to Perz. “I found it very helpful that [he] recalled the negative ‘you will never change anything’ messages that the Black community got, and yet look how much change has happened!” 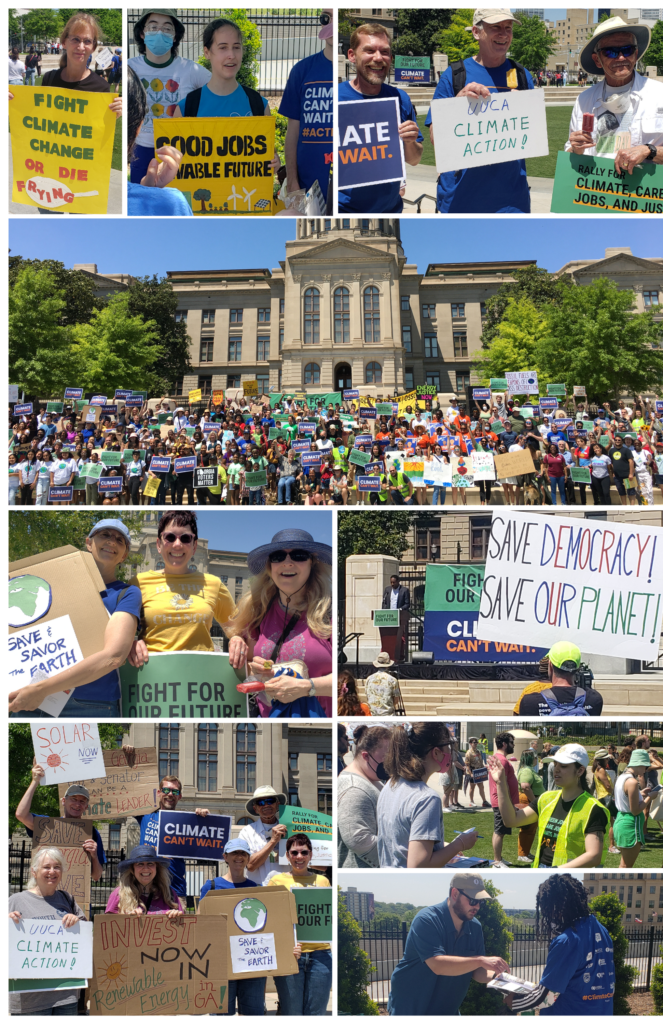