Why we advocate for Mother Earth

The UUCA Green Team is known internally as the congregation’s Climate Action Team. We formed in March 2017 and officially became a Georgia Interfaith Power and Light Green Team in 2020 after going through Green Team coaching. Lizanne Moore and I are our team’s current co-leaders, and we both started in 2017. We had approximately six regular members back then, and our membership has grown to 14. Our team meets monthly and keeps a written summary of each meeting – sometimes a pain to write, but we do it! 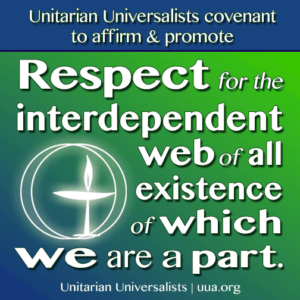 Our passion to advocate for policies that protect and support Mother Earth stems from our UU faith’s Seventh Principle: “Respect for the interdependent web of all existence of which we are a part.” We believe that Earth is a treasure which must be protected and revered. With respect to climate change specifically, our members believe that we and all other members of the interdependent web are facing an existential challenge. In the words of the well-known climate march poster, “There is no plan(et) B.” And we are convinced that climate change is real and is being accelerated by human actions. Our group’s mission statement contains several pillars, including the following: “To contact state and federal legislators on a regular basis, using letters, phone calls or personal appearance to share our support for the Paris Agreement on Climate Change signed in 2016 and against any EPA or State rule changes that are detrimental to Earth’s health.”

Some of the UUCA Green Team’s advocacy history:
• We joined in the March for Science Atlanta in 2017 to rally against President Trump’s announcement of his intent to withdraw the U. S. from the Paris Climate Agreement.
• In 2018 we sent emails to several Georgia congressmen to encourage them to join the U.S. House’s Climate Solutions Caucus, a bipartisan group of representatives focused on climate.
• We commented against the EPA’s 2018 proposed rule to roll back automotive fuel economy standards.
• In 2019 we joined with Sierra Club’s “Beyond Coal” campaign to advocate for Georgia Power to adopt more large-scale solar power into its Integrated Resource Plan. Several of our members rallied with the IPL’s Reverend Durley across the street from the offices of the Georgia Public Service Commission.
• In 2020 our group supported opponents of the proposed “Right to Farm” bill, which would have made it harder for property owners to file lawsuits against farming operations that are polluting the environment.
• In April 2021 our group encouraged our senior minister to sign the “We Are Still In” pledge – a pledge signed by over 3000 organizations voicing support for the mitigation of human-caused climate change.
• We contacted Georgia state representatives in March 2021 to ask them to reinstate the electric vehicle tax credit to stimulate increased sales of electric vehicles.
• In 2021, several members of our Green Team rallied with others at the offices of Senators Warnock and Ossoff in support of President Biden’s Build Back Better Act and the environment. 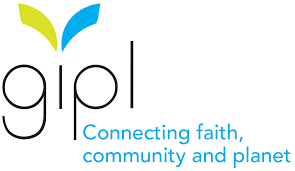 In 2022, our Green Team plans to:
• Attend GIPL’s “Advocacy 101” class (completed Jan 13) to learn how to better advocate for the environment in the Georgia legislature.
• Support the addition of more solar and wind power into Georgia Power’s 2022 Integrated Resource Plan (first draft released this month).
• Submit comments to US Environmental Protection Agency on its proposed methane emissions rule.
• Submit comments to Georgia Environmental Protection Division on the proposed permit to mine heavy minerals on the east side of the Okefenokee National Wildlife Refuge, which we believe will irreparably harm the Okefenokee’s unique ecosystem. 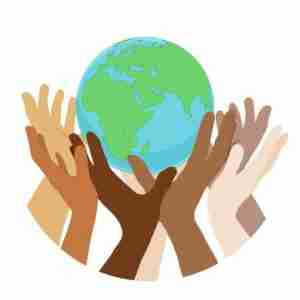 Our Green Team is a relatively small group; however, we feel that we can make a difference by making our voices heard and by working together with other like-minded groups. Our association with GIPL and the Green Teams from numerous Georgia congregations gives us strength. We believe that our precious Earth must be treasured and protected for our current and future generations and for those of our fellow members of the interdependent web.